A testament to having fun with what you have

So, this is my new build thread. The e30 has been sold. I grew tired of constantly working on it and never being able to enjoy it and decided it was just time to move on. But what to move on to?

Well, after spending a lot of time on Autotrader, auto tempest, and cars.com and finding a few WRX hatchbacks but always finding them sold within a day or two of finding them. Ya know, the one they made from 2011 to 2014 with the aggressive bulging fenders? Which as it turns out is everyone else favorite year too. And then I considered the Focus ST and found the same problem. It was looking kind of grim.

But then I looked in my garage and noticed I had a nice car already and the only reason I had been ignoring its potential is that the automotive enthusiast community has made most of us hate anything with an automatic when it comes to having a blast while hitting some canyon roads.

Now I’ve driven this car pretty hard on the backroads of SoCal and with the automatic plopped over into sport mode and using the fancy paddle shifters I still have a ton of fun, despite what the world might lead you to believe. So I’ve decided to venture into building my 2011 328i (with the sport package) into the perfect canyon car. Even though people will say its too big or it’s useless because its an automatic but I choose to deny their reality and substitute my own.

Becuase it’s about the joy of driving and that doesn’t necessarily mean it has to be a manual transmission.

Some updates will be coming soon. I just placed an order for some Bilstein B8 Sport shocks and struts and will be ditching the run-flats on the rear of the car in hopes of gaining some grip in the corners. I expect this to make for a pretty big change in the driving dynamics of the car. Especially considering the car still has stock shocks and struts with 116k miles on it. At this point, I won’t be investing any sort of lowering spring as the car came from the factory with the M Sport suspension which includes a quality BMW performance spring that offers a lower ride height than the standard car.

The next upgrade will likely be a more aggressive set of brake pads and we’ll go from there. I’m a believer in slowly upgrading cars and making subtle changes to bring a proper balance to the chassis, rather than throwing a mass of parts at the car all at once.

There will be maintenance items done along the way, including a brake fluid flush with a more performance-oriented fluid and some upgraded brake pads and rotors. And of course, a transmission fluid change as well to keep the automatic in working order.

The car in question, resting happily at a turnout on Angeles Crest highway. 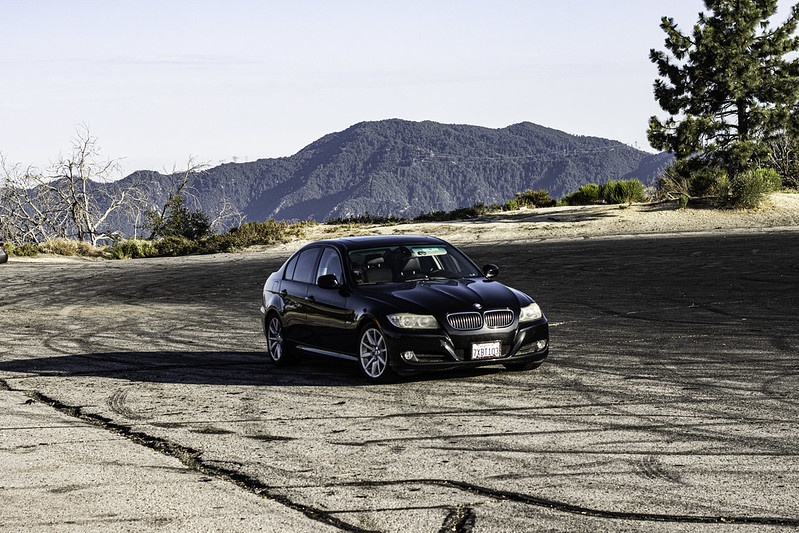 And yes, every one of those tire marks is from me

This is good. I love this.

@Brian I’m pretty excited about this too. It should make for a fun car.

I went on one last spirited drive before I start changing things on the car. Me and two friends went out to Glendora Mountain Road, left at around 7am to avoid some of the traffic. I pushed the car harder than usual because I was running with a few people instead of solo. Let me tell you, the latest generation Honda Fit with a little suspension work and good tires is a quick car on some tight roads. The little Fit took off in a different direction so on the way back I was chasing an F56 Cooper S, that was fun. It’s easy to understand why people enjoy small hatchbacks on twisty roads. 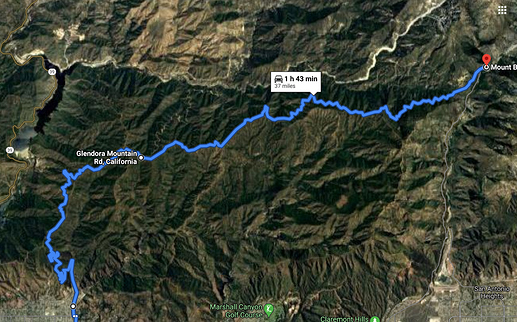 Drive.PNG1286×802 434 KB
I’ll repeat this drive after the shocks/struts are installed and a proper alignment has been done. Going to add some negative camber to the front and rear and try a zero toe setting in the front. They say zeroing the toe helps with steering feel, response and turn in. The rear will have some keep some positive toe(toe in)

It’s possible to add more camber to the front then the factory allows and a lot of the E90 guys are doing this. Dinan makes a nice affordable solution in the form of a fixed camber plate rather than an adjustable one. 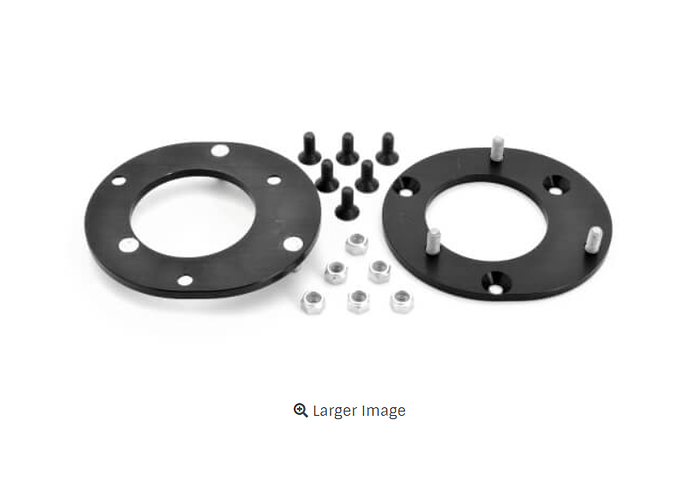 The benefit of the fixed camber plate versus an adjustable one is they allow you to maintain the factory strut mount so you don’t have to deal with the harshness and noise that can accompany the adjustable ones. Plus they’re a lot cheaper.

And yes, every one of those tire marks is from me

Superb! That’s a good way to draw up a baseline for a build thread.

Yeah, I’m liking this. There’s something deeply satisfying about taking the measured approach.

I think, if time and money (and patience and wisdom) weren’t in such short supply early on, I might have done more of this myself. Still remember sitting in a college computer lab, thinking about baseline dyno runs, then cams, then another dyno run, then gears, and so on.

It seems like a better fit for the more seasoned players. We’re not out there upgrading everything at once, so to speak. I like the idea of a consistent test loop and methodical testing, even if it IS mostly butt dyno.

Maybe throw a simple logger on the car for the next run? Track acceleration, lateral gs, total distance, and time??

It would be nice to run the test course, know you got a clean pass (no traffic

), and be able to see average speed up, time down, and maybe stickier cornering.

This is the good stuff, right here.

Sorry the E30’s gone, but glad you got something you can enjoy more often!

Some updates to the build. This may be the nicest thing that no one will ever see. I have a serious appreciation for quality made parts and from the moment I picked these up, it was almost like I could feel how well they were made. One of the best things about the higher end Bilstein struts is they’re rebuildable and have a lifetime warranty against defects. The install was pretty straight forward. There was one part that presented some difficulty and that was removing the front struts once they were loose.

You’ll notice that these don’t have any sort of mounting bracket like most struts would, aside from the sway bar link mounts of course. They fit into a collar on the steering knuckle and slide out. The problem with this, however, is there isn’t enough room to slide the strut out of its collar while it resides within the confines of the fender. And the suspension doesn’t have enough droop to allow it to move forward. 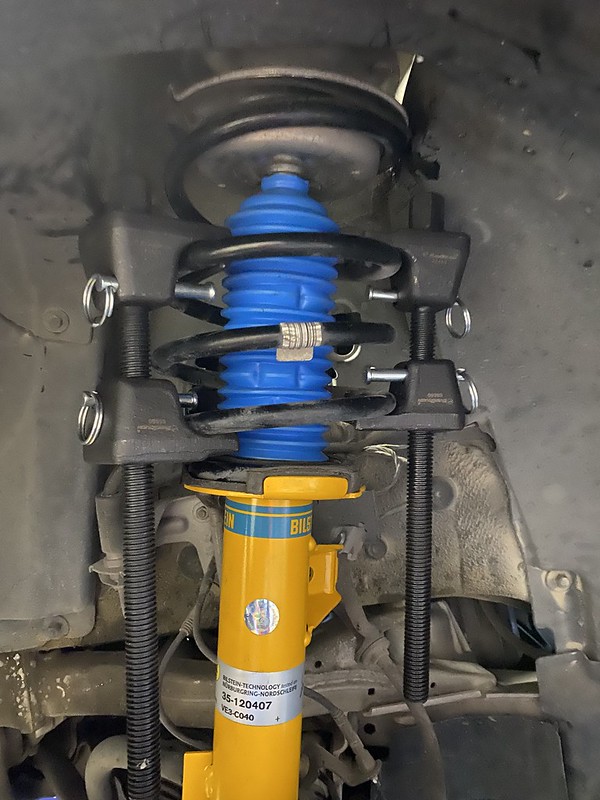 Here’s the solution. All I had to do was compress the spring enough so the strut assembly would fit out of the wheel well. 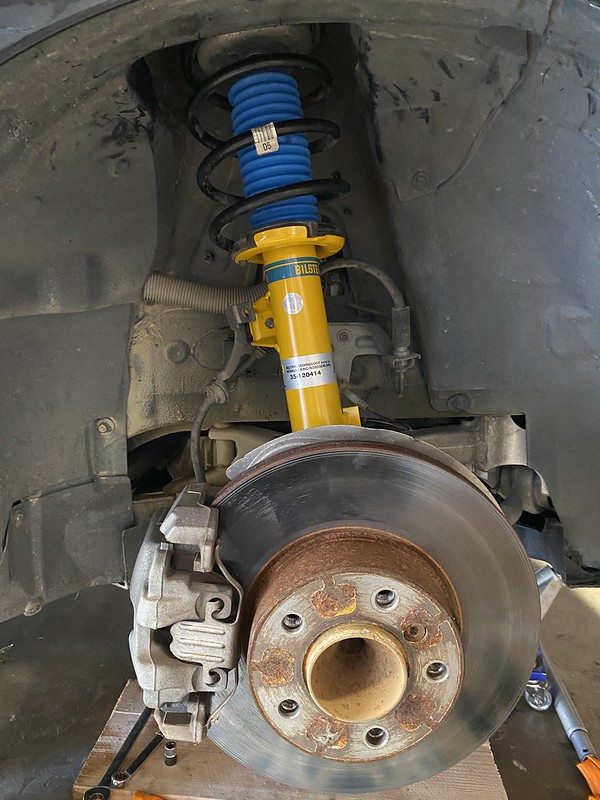 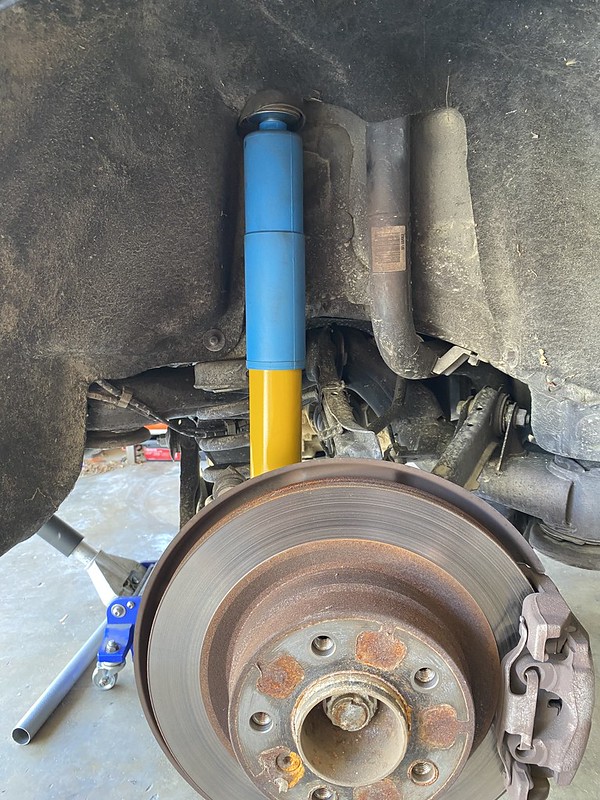 As you can tell, these are super fancy and no one will ever see them, which is totally ok. Next up will be some brake upgrades. Things like quality pads and a good set of blank rotors, no holes or slots here. And of course some fresh and high quality brake fluid.

Those look REAL nice, man. And I hear ya on quality. I know a guy up in Seattle who made custom rally suspension back in the day. I think these are what he used, only he used the thicker shaft inserts–and mounted then upside down.

Always wanted a set of those…

I know right? Its a shame they’re hidden within the confines of the car. But that’s kind of what I like about this project, its outward appearance will remain unchanged. 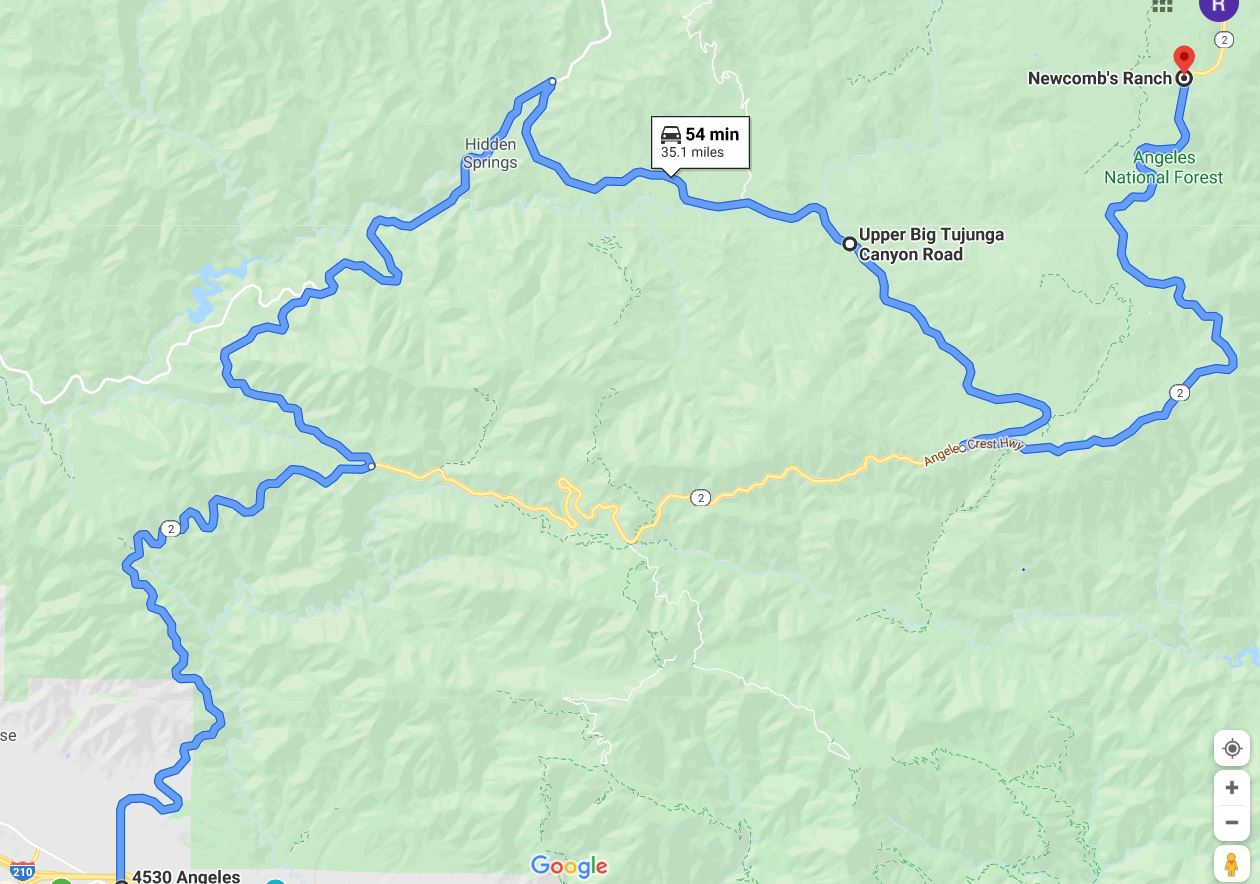 Our little group went back out Sunday, joined this time by a lovely 944 Turbo with I think just shy of 400k miles on it. Co-owned by one of the cofounders of Radwood and a man named Ethan. Despite its very high mileage, the car is extremely capable on these roads. Color me impressed and planning the purchase of a 944 turbo in a few years.

But anyway back to the car. It was a noticeable difference from the last time I was on Angeles Crest which was prior to the start of this project. The car feels more predictable and stable and the limitations at this point are the tires and, well, me.

The next upgrades to the car will obviously be a better set of tires, suited more for the spirited drive than the daily commute. Two of the cars I’ve driven with are running the latest iteration of the Firestone Firehawk Indy 500 and they have good things to say about them. Considering they’re priced right and perform well these will likely be the tire for me. That and a brake fluid flush, its do for service. 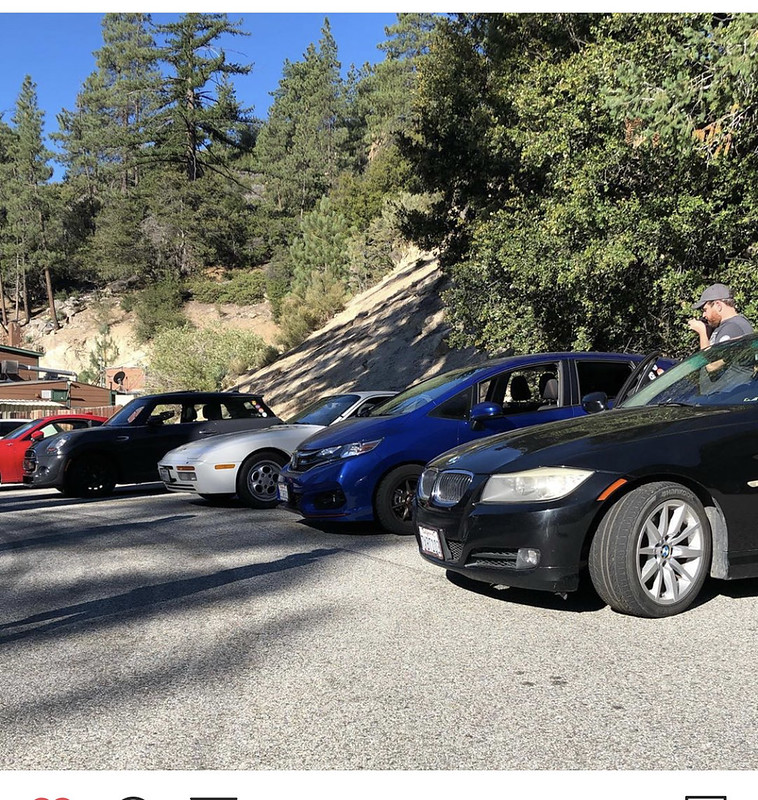 Sunday drive by Bob Terwiliger, on Flickr
Definitely a different variety than you usually see up at Newcombs Ranch.