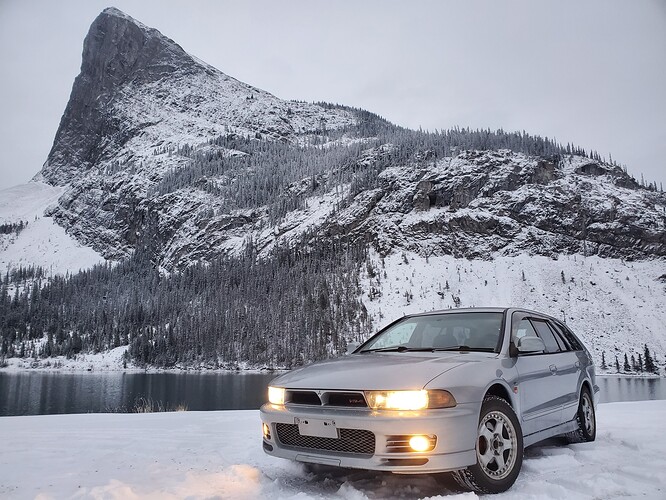 Teaser pics have popped up here and there on my social media, but here it is now, all the cards on the table.

This car had been on my radar since moving to Canada in the summer of last year, 2019. I came oh so close to importing one, but then my lovely 1999 Pajero super exceed came along and I just could not pass it up. I digress.

A year later, and the boomerang effect landed me in the seat of my very own Legnum VR-4. And lemme tell ya, what a seat it is to ride in. 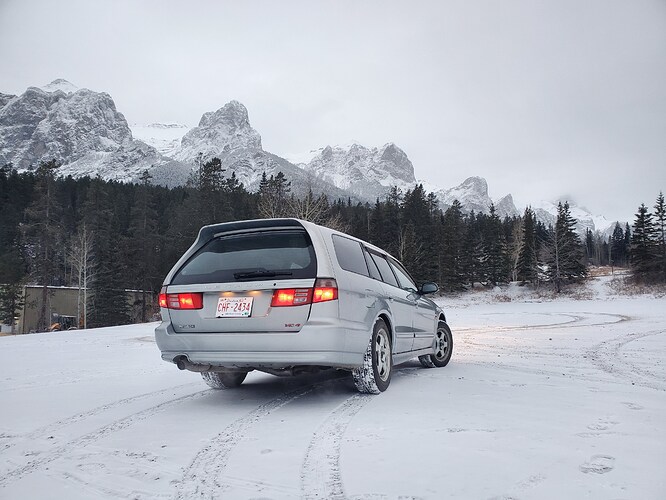 No it’s not a corbeau or a sparco or a Recaro, but it’s comfy and bolted down to just about 300 hp of twin turbo goodness.

I got it with about 106k kms on it, barely broken in, stock as could be. Paint isn’t the greatest, but it’s not a pretty trailer princess.

It is the ultimate sleeper.

It came with a couple tasteful additions including a turbo timer, gfb bov and boost gauge, two sets of wheels, and a magnaflow muffler mated to 3 inch stainless steel exhaust piping. The exhaust note is understated, but present… it doesn’t drone an ounce and it gets the heart fluttering beyond the 3k mark. It’s not obnoxious, but it isn’t a bag of wonder bread. 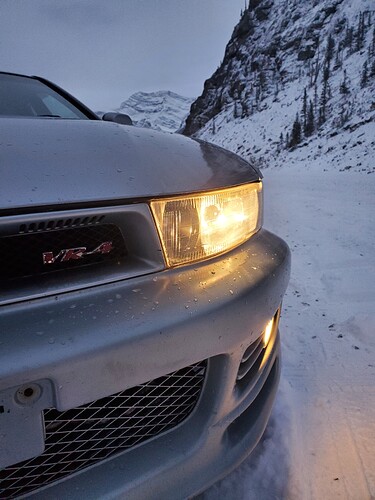 The previous owner dailied her for a while, but took good care of her, and I will carry that torch on just as I do for the rest of my fleet. It’s already seen a new timing belt, water pump, alternator lines and rebuild, and various oil seals under my ownership. 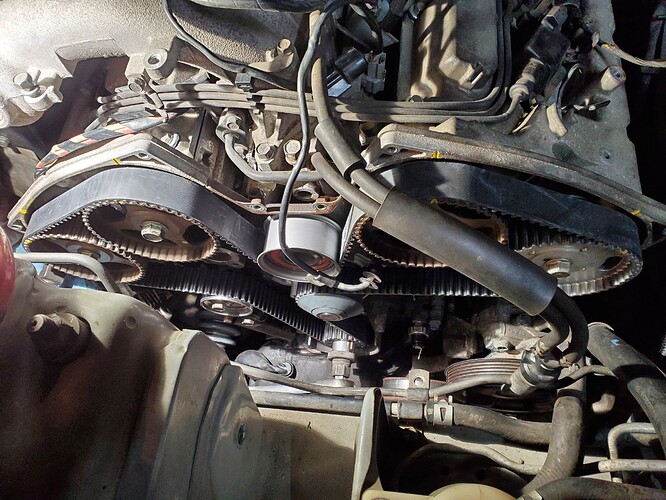 This Legnum was one of the highest specs in terms of performance your money could buy. It came with the 6A13TT (cousin to the 6g72 twin turbo in the 3000GT), a 5spd trans with front LSD, and rear AYC both which were very similar to that of the evo 4/5/6.

The interior is simplistic with some of the fake wood bits. Carpeting and upholstery is reminiscent of the 90s with purple, green, and blue spots arranged in a sporty, retro fashion. The dash clocks are my favourite part: They flash to life out of the darkness when you turn the car on and have high contrast to their black background. Its a constantly illuminated setup with sharp sporty red needles and a bright VR-4 label. They make you feel like you’re piloting a technologically advanced rocketship, which it is essentially. 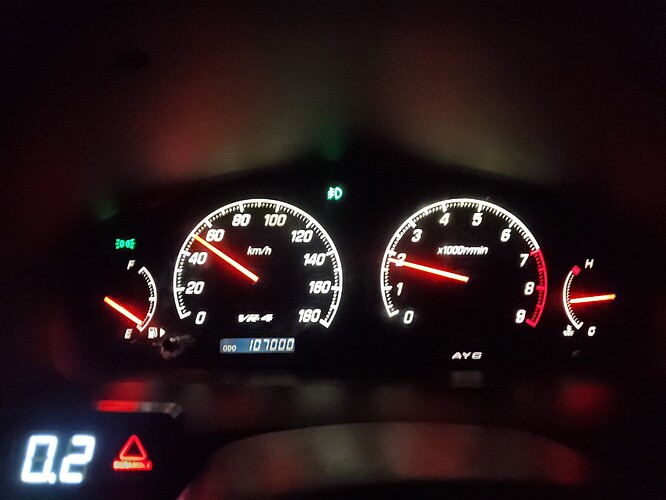 I would argue this particular offering from Mitsubishi was the pinnacle of its engineering prowess in the 90s. The amount of tech and advanced systems they piled into this car is remarkable. And they work so well, almost 25 years later. Yes, it is a complicated car compared to my 89 shogun, but its less complicated than my 99 Pajero! 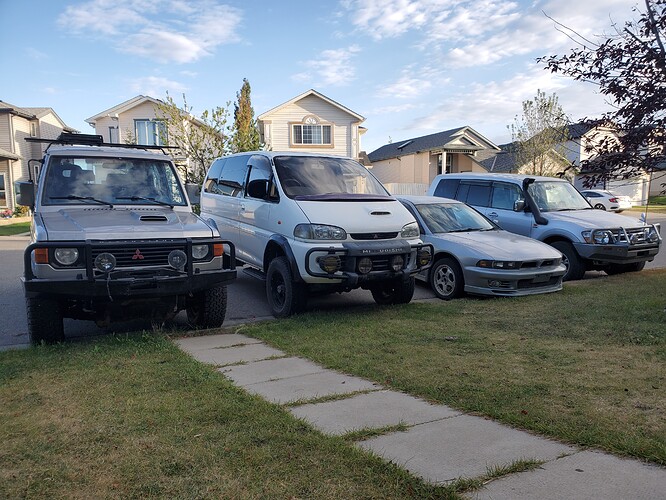 Yes, transverse v6s are not the most fun to work on, but it isn’t impossible. Just make sure your battery is out of the car before you attempt anything with the alternator… Ask me how I know…

It’s road manners are remarkably tame, if you want them to be. But it’s like “a lion in sheep’s clothing.” So it’s game for however you’re feeling. Speed racer? Ok. Tokyo Drift? Yup. Egg transport wagon, sure. Long hauler? Can do. Street racer beat you off the line at a green light? Ohhhhhhhh yeeeeaaaah. Rallycross weapon? Yes sir! 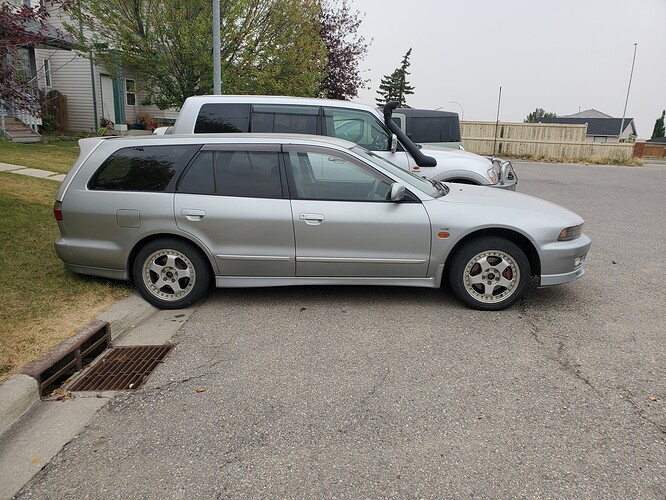 It is the ultimate sleeper because it isn’t overstated in styling, it isn’t loud, it isn’t flashy, it’s a wagon. But it will eat you alive at the stomp of the skinny pedal. Some guy in a wrx tried to get the jump on it, but the legnum had the last laugh. The wrx driver was flabbergasted. He was surprised by the potency of the “dinosaur” I was driving. I prefer the dinosaur to your video game, mate.

And my god is it an animal in the snow. I’ve never driven a car that was just so easy to control. The movements are so flawless in the car at speed or not. Drifts are a cinch, grip is endless, and donuts are delicious. 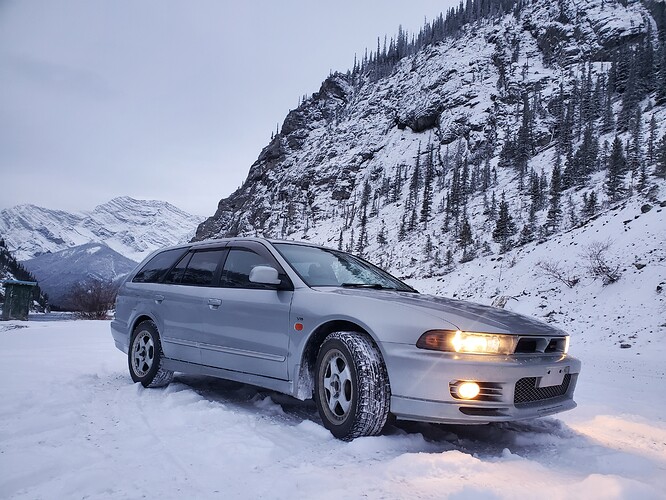 I’ve entered it in a winter rally cross coming up next weekend. It should be a blast. More to come on the car on a bit. 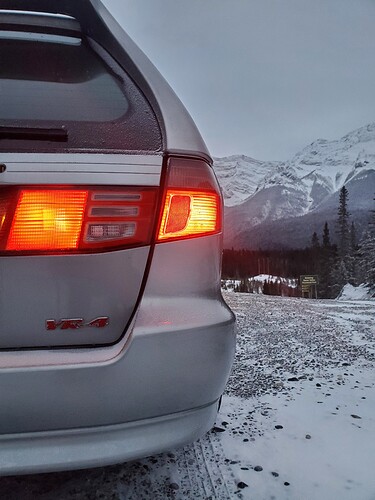 Man what an awesome car! Great writing as well!

Outstanding. Now I REALLY want one.

I think I like this even more than the Evo IX GT.

Thank you for sharing with us! Looking forward to rallyx pictures and video!

Holy hell! Such a beautiful car! I’ve loved these forever! Makes me want one, all over, again.

I think everyone needs one. Lol

I’ll bring it to AZ some day and you guys can take it for a rip. It’s a great road trip car, except for how thirsty it can be. When I get that raise they’ve been telling me about for a while at work, it’ll be easier to afford the trip.

As an aside, this will be the first legnum available to the states next year. Keep your eyes out on the auctions. They pop up from time to time and are really not that hard to get into, money-wise. They’re an incredible bang for the buck.

If only I didn’t have an aversion to driving a RHD vehicle in the US. Sigh. I’m such an idiot.

That really puts you at a disadvantage, Todd. And I thought “Sharp” was your last name?

I drove the pajevo through the worst of phoenix traffic. Then turned west and into LA. The traffic was hell but not once did I think “I wish this was LHD”. I get that its not for everyone but I’d hate to see it keep you out of a rig that you’d otherwise enjoy… after a while it just becomes a non-issue. Like… getting used to where switch gear is from car to car…

Honestly Todd, for me it’s a non-issue. Canada is no different from the states in terms of driving. Ok maybe there’s fewer people and more snow. But still. I lived in Maine for a while with my RHD shogun when I imported it and this perception roots from that living situation:

Where you drive roads that are one lane in each direction, a rhd has serious advantages, safety advantages in my opinion. You can see the edge of the road. Plain and simple.

All roads in Maine are Essentially back roads/logging roads through the woods. And boy are they twisty. Being able to see the edge of the road was a godsend in so many situations. Plus, I’m out of the direct line of fire with headlights.

So when this guy: 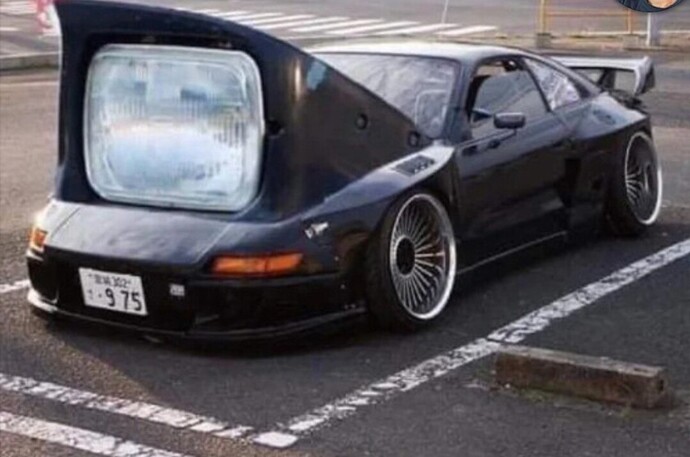 is approaching me from the oncoming direction, I’m not as blinded as I would be in a LHD car.

What’s really tricky, though, is driving a RHD vehicle in its natural habitat. Clockwise round the bout, as it were, is the automotive equivalent to dividing by zero. And sometimes there’s freaking traffic lights.

I actually kinda enjoyed the Autobahn in a RHD Golf TDI 6-speed back in 2012. Not sure about the mean surface streets of LA, but it’s always open season on the freeway and I’m thinking RHD could hang.

(Speaking as a wingman bringing up the rear and making holes for Wade in the snail rated Delica that day.)

I should clarify - I have actually driven many RHD vehicles. Literally, all across Europe and Japan and Canada. I’ve even driven several in the US (but, never driven one across the country). I’ve not, however, owned one.

It’s a funny thing. A mental block, perhaps. Or, maybe, it’s just my own marriage-saving, knee-jerk response that prevents me from truly considering another vehicle purchase. If you’ve read the list of vehicles I’ve owned in my lifetime, you’d see that it’s all too easy for me to fall in love with a vehicle, and then hunt one down.

And see, now I’ve spent the last half hour searching for prime subjects for sale.

Gotcha! Calcification noted! Anything you find different about driving in the US compared to Canada specifically? I find the two countries so similar for driving habits.

Haha I read the list alright, way back when we started this awesome place. And I know exactly what you mean. I can count on four hands how many vehicles I saw in the last week that I wanted to fit in my fleet by jockeying the rest of my fleet around. In particular was a 99 Nissan Atlas, 4wd crew cab, 5 spd diesel. Oh man that got the heart pumping. And before that was a 94 strada, T87 blue, diesel 5 spd. And before THAT was a 2006 lancer ralliart wagon. Even before THAT was a 93 delica super exceed, which I actually ended up buying, haha.

My marriage is still intact, just in case anyone was wondering lol. She actually went in on the delica with me, to my surprise!

Canadian driving habits, similar to most all Canadian habits when compared to US habits - kinder and gentler.

Glad to hear the marriage is still intact.

I suppose that having a larger piece of land with a proper garage, would make it easier to build up a collection of vehicles. That is a part of the goal.

So many to track down:

My goodness that’s absurd money. I literally have the exact same Delica in my drive… same mileage, sunroofs and all… even the same colour!! Wow

My wife is really into these things called barndominiums. She wants to build one instead of buying a pre-lived in home. Fine by me! Haha

My legnum is the doppelganger to this, aside from the leather interior, with fewer miles (yay!) Apparently, the manual is rare, but not ultra rare. The auto is to be avoided. And the prices… so darn reasonable for what you get. It’s amazing.

Alright, I’ll stop going on about it. Onwards to the build portion of this thread!

Yeah, that Atlas Camper could be a hell of a lot of fun, too.

RIGHT?!?! Even just the basic trucks without a camper body, count me IN!! Like this below: 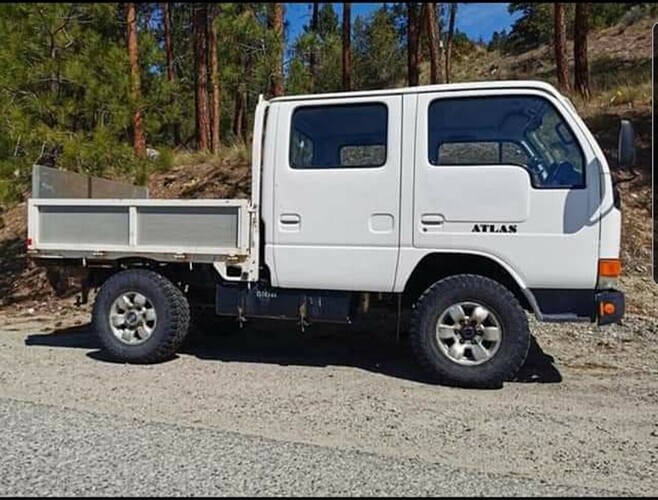