This might be less of a build thread and more of an avenue of cathartic resource application without any real plan or goal. tagline

- putting excess solar junk to use to move small loads on to stored solar energy.

During my 8 years as a solar installer I have amassed quite a collection of used or discontinued components, solar modules, charge controllers, string and micro inverters, batteries and assorted communications hardware. My boss would usually joke my wife was going to kill him for sending all this junk back to my house.

And that’s what its been for a while now, useless junk sitting taking up space in several locations.
Last weekend I got a wild hair to actually put some of it to use and hook it up to run some loads in my garage.

In the long run I suppose the only goal of this was to charge 2 large AGM batteries.
(200 amp hour monsters - https://www.emarineinc.com/outback-power-energycell-200nc-nano-carbon-12v)

The old line about lead acid batteries is that they don’t die they’re murdered. Mostly through neglect, so I thought I better “exercise” them, keep them in some sort of low-cycle service.

The two loads I wanted to run out of the gate were an extractor fan (50 watt) and my 12v battery tender on my ever-increasingly-parked electric truck. “Phantom” and small intermittent loads are low hanging fruit to move to a solar-storage solution as the power and energy requirements are manageable within a reasonable budget if you wanted to actually buy components.

Readers beware! severely hack electrical work ahead. Everything not in pipe is scary ;)< 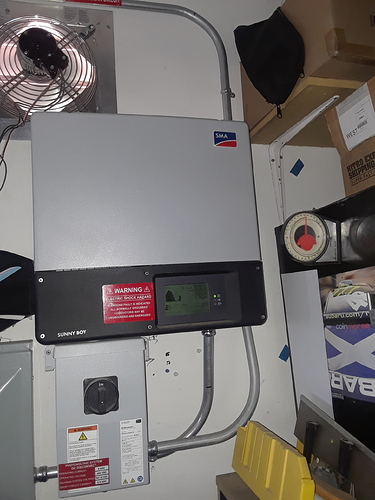 Extractor fan above my two grid-tied inverters, this is principally what its for, cool the garage for these inverters. “Cool” air is sucked through the vent below. 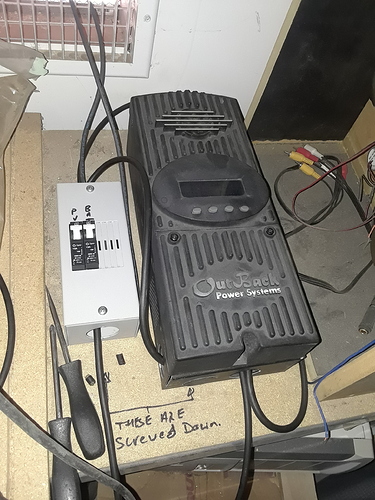 Outback MX60 and a Midnite “Big Baby” box for over-current devices, isolating PV and Battery. Note helpful custom signage making sure I don’t forget these components are anchored and just randomly try and pick them up. 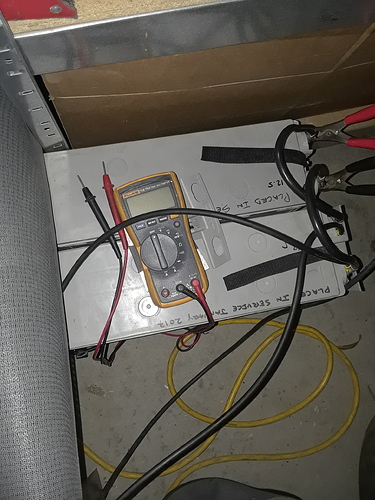 Batteries paralleled together and feeding inverter below. 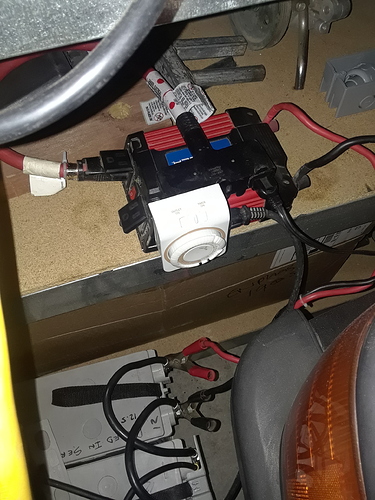 This all might as well be a spaceship. Haha.

Crazy to think this is mostly leftovers. Are we at the place where outsiders can score parts like this for their own projects?

So modules are plentiful in the used market. Charge controllers I have not seen so much of. That MX60 is at least 15 years old, its the first generation of stuff that started to get really good in terms of programability imho. Batteries can also be found used of course, sniffing around any contractor that does telecom work could net an opportunity. – also, used EV batteries.

EV batteries that can be broken down into cell groups -carefully- and using caution and all available PPE,
(seriously, don’t do dumb things with batteries) can yield good banks of storage if proper voltage management is implemented. (classic lead chemistry BMS vs lithiums)