The Lancer, or Colt, whichever you prefer

How many threads is too many threads? My third build thread here is less of a build and more of a continued improvement of a good runner.

We’ll start with a most recent photo of the car so you don’t lose interest in this little economy vehicle and know what the basic goals are. 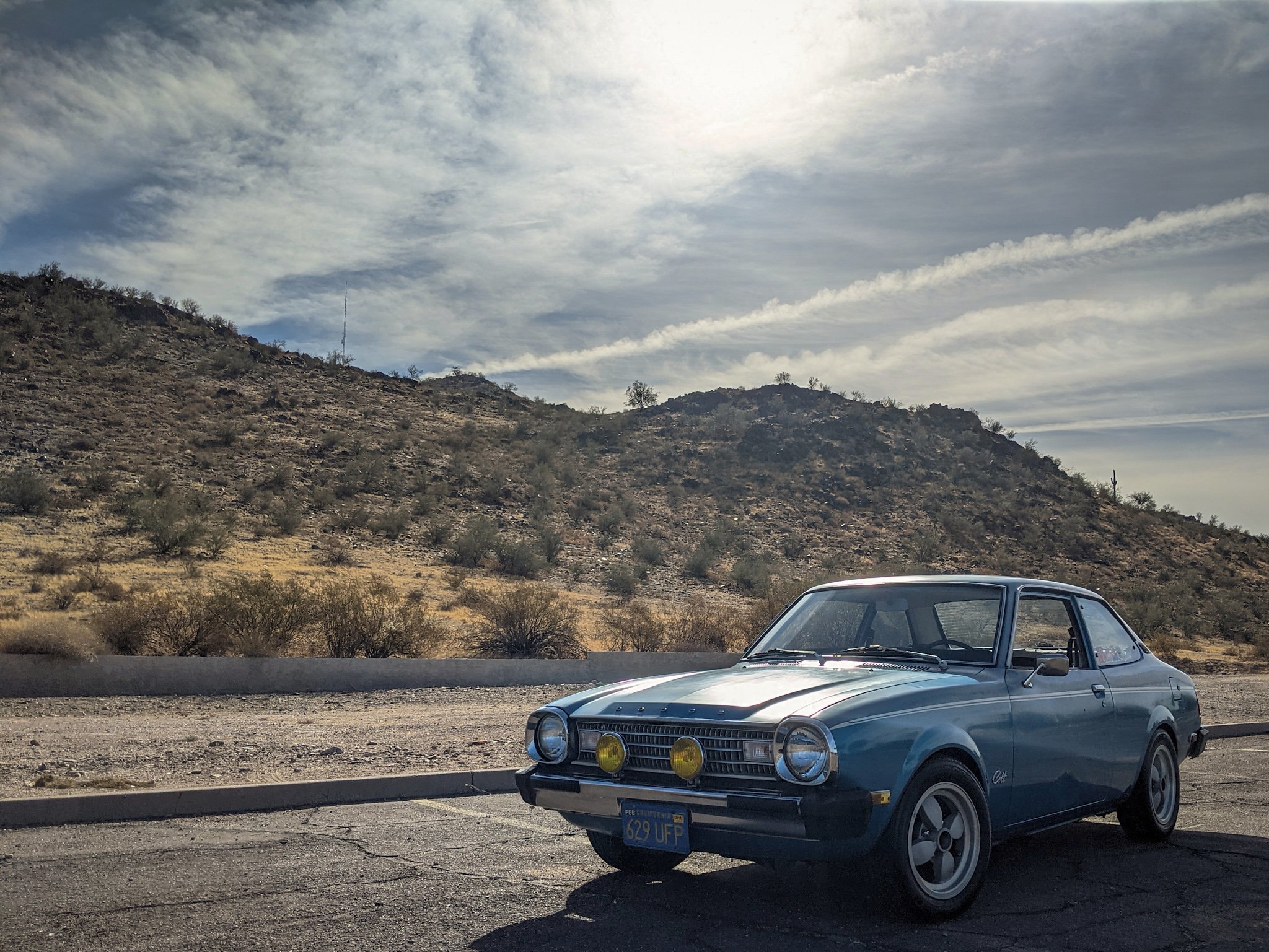 What is a Dodge Colt? Well, the short history is, Dodge did not have an economy car in the early 70’s to compete with the onslaught of competition quickly gaining a foothold in the US from the foreign manufacturers and even the others in Detroit. Mitsubishi on the other hand had a desire to sell cars in the US and no dealer network to support it. A deal was made and they shipped over their Galants in sedan, coupe and wagon form with Dodge Colt badging starting in '71 . The Colt sold well, with more standard features than any of the competition and better build quality then the domestic economy cars. After two generations of Galants, in '77 they switched to sending Lancers as the Galant had grown into a larger platform. (They sold those here as Dodge Challengers, Plymouth Sapporo and confusingly in wagon version only, still a Dodge Colt) The Lancer was a smaller car than the Galants and while marketed here as an economy car, was known the world over as a very capable rally and road course race car. The goal with this car is to build on that racing heritage and make a vehicle capable of all sorts of amateur motorsports events while retaining street usability. Think, autocross, TSD, road rally and the occasional track day.

This particular car goes back with me to March of 2015. It was an ad on Craigslist in SoCal and I at the time lived in Massachusetts. But it was cheap, complete and ran. So I took a chance and sent a bunch of money to a stranger and hoped that a car would appear in my drive soon enough. Thankfully, it worked! 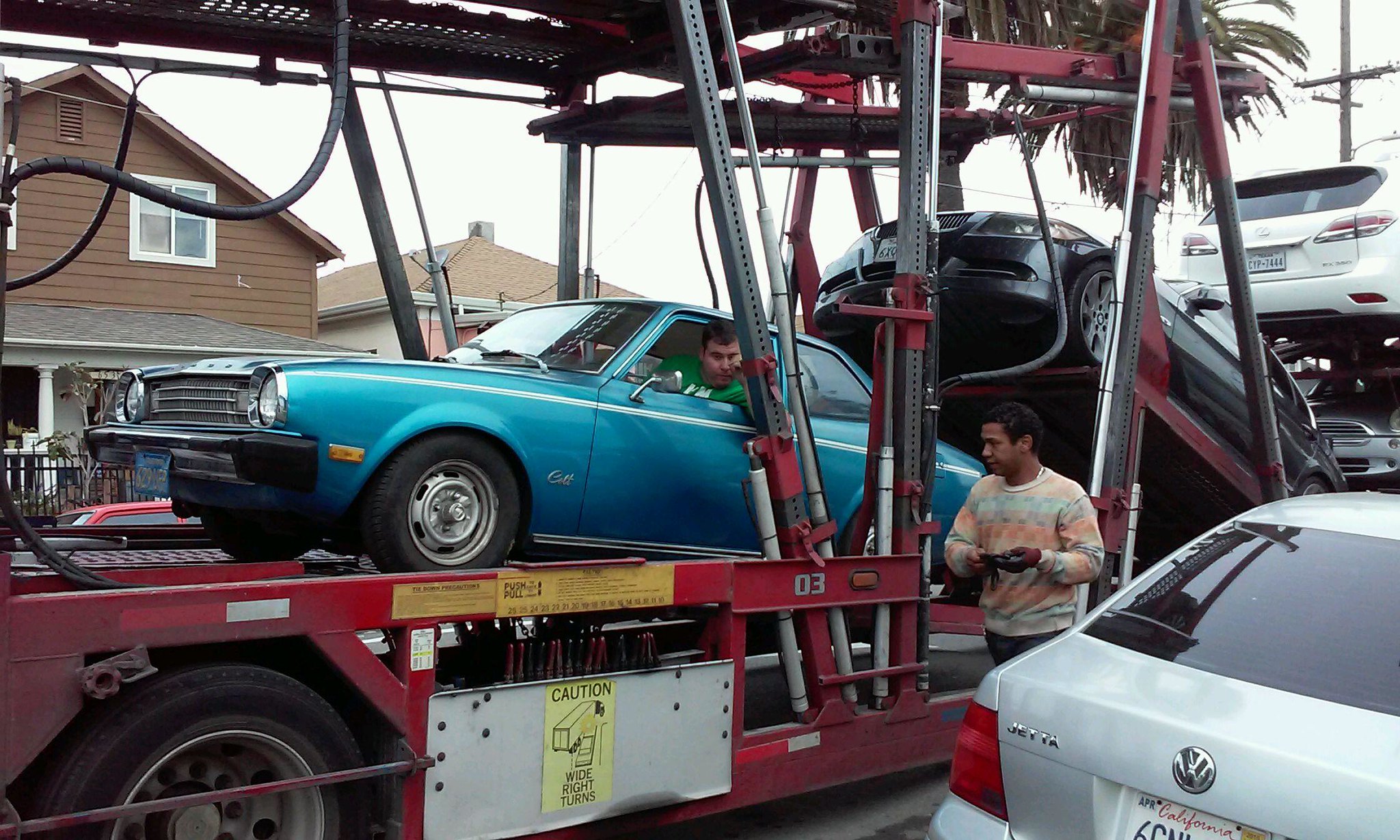 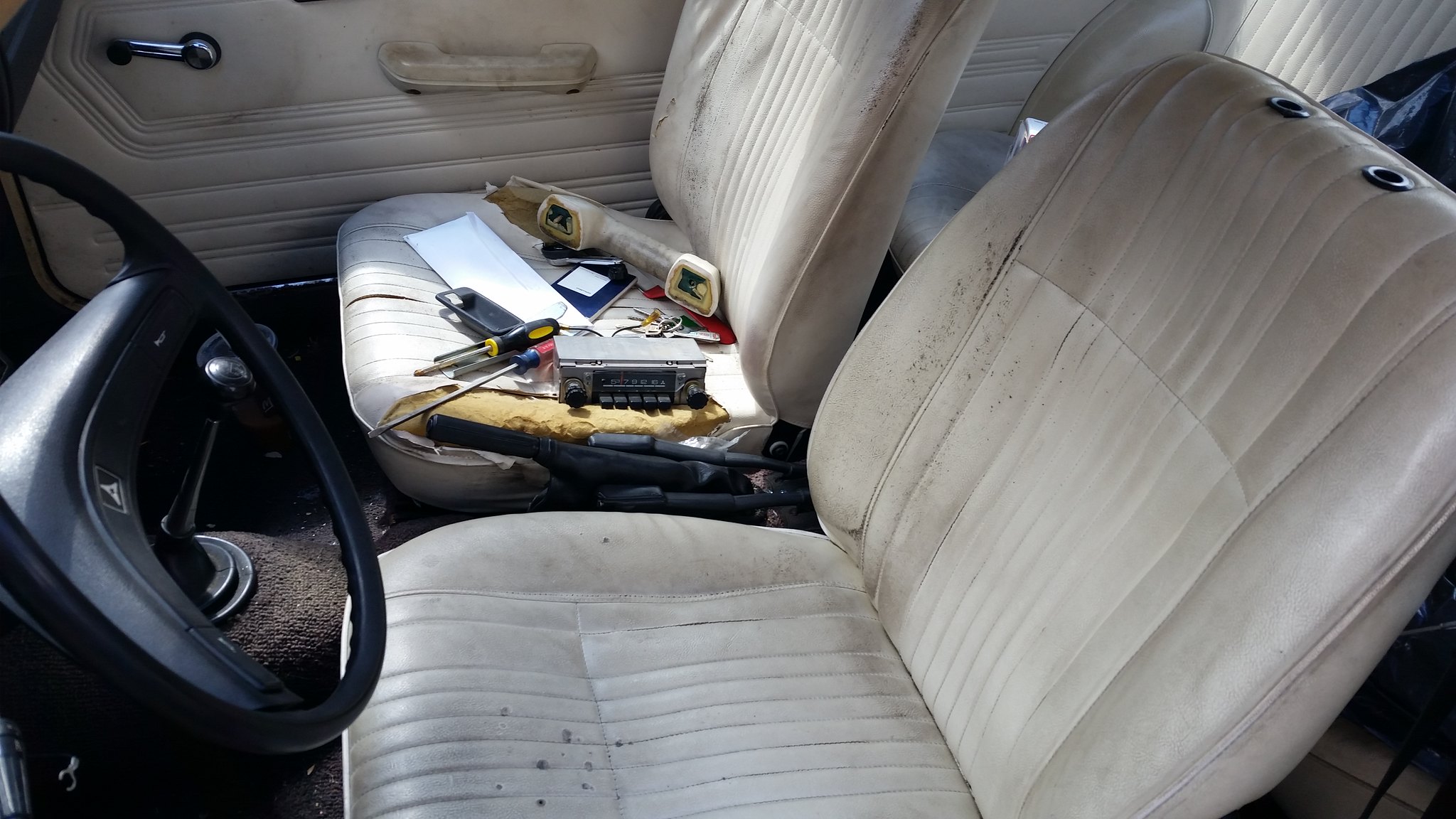 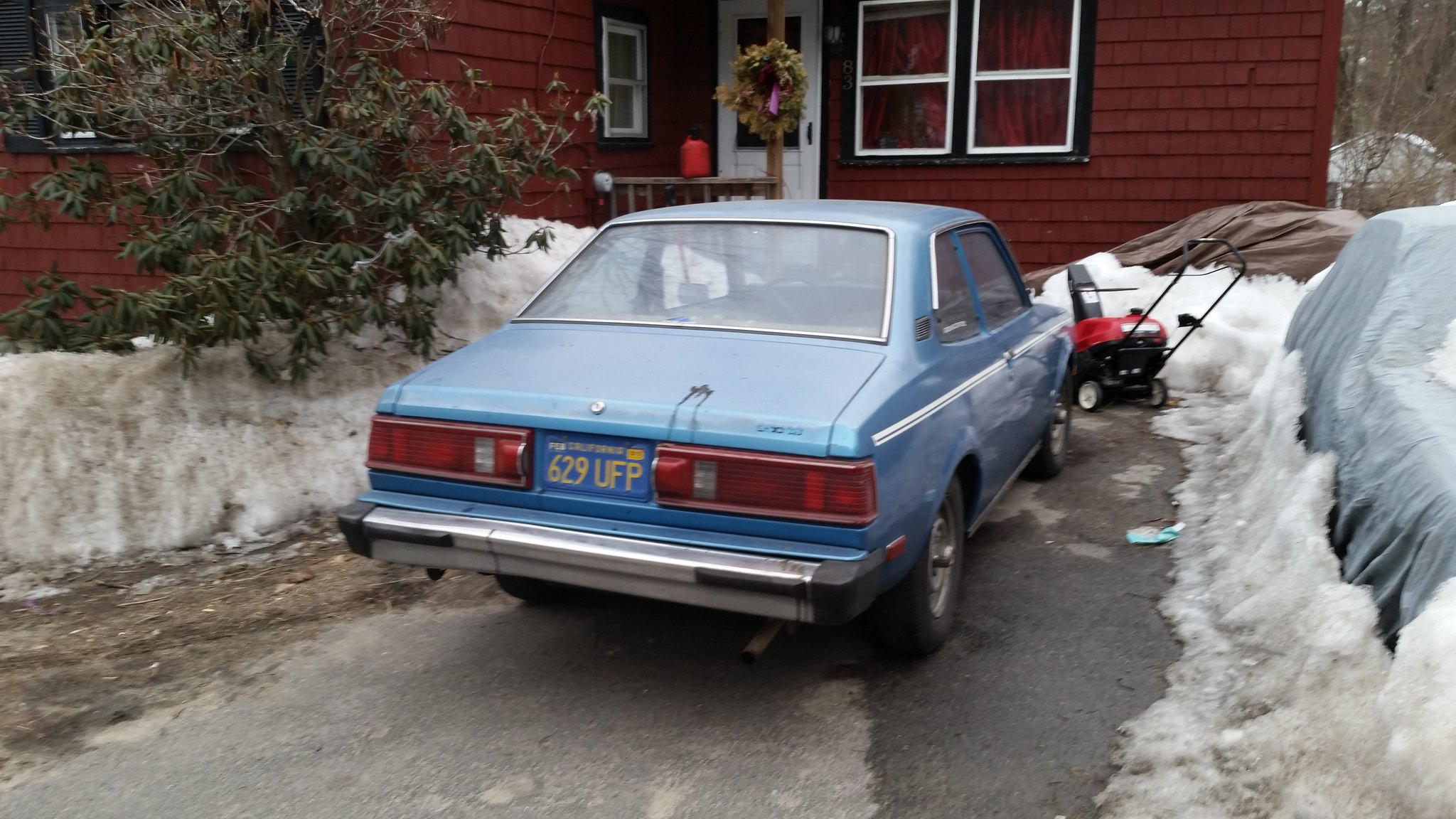 The car arrived, filthy, mostly stock and with a busted drivers window. The only change from stock was the suspension. The previous owner had cut the springs in the front and added lowering blocks to the rear. Not ideal, but it works for now. First things first, I needed to clan the crap out of the paint and interior!

THe good thing about a white vinyl interior? You can clean it with bleach products. Looking great here… 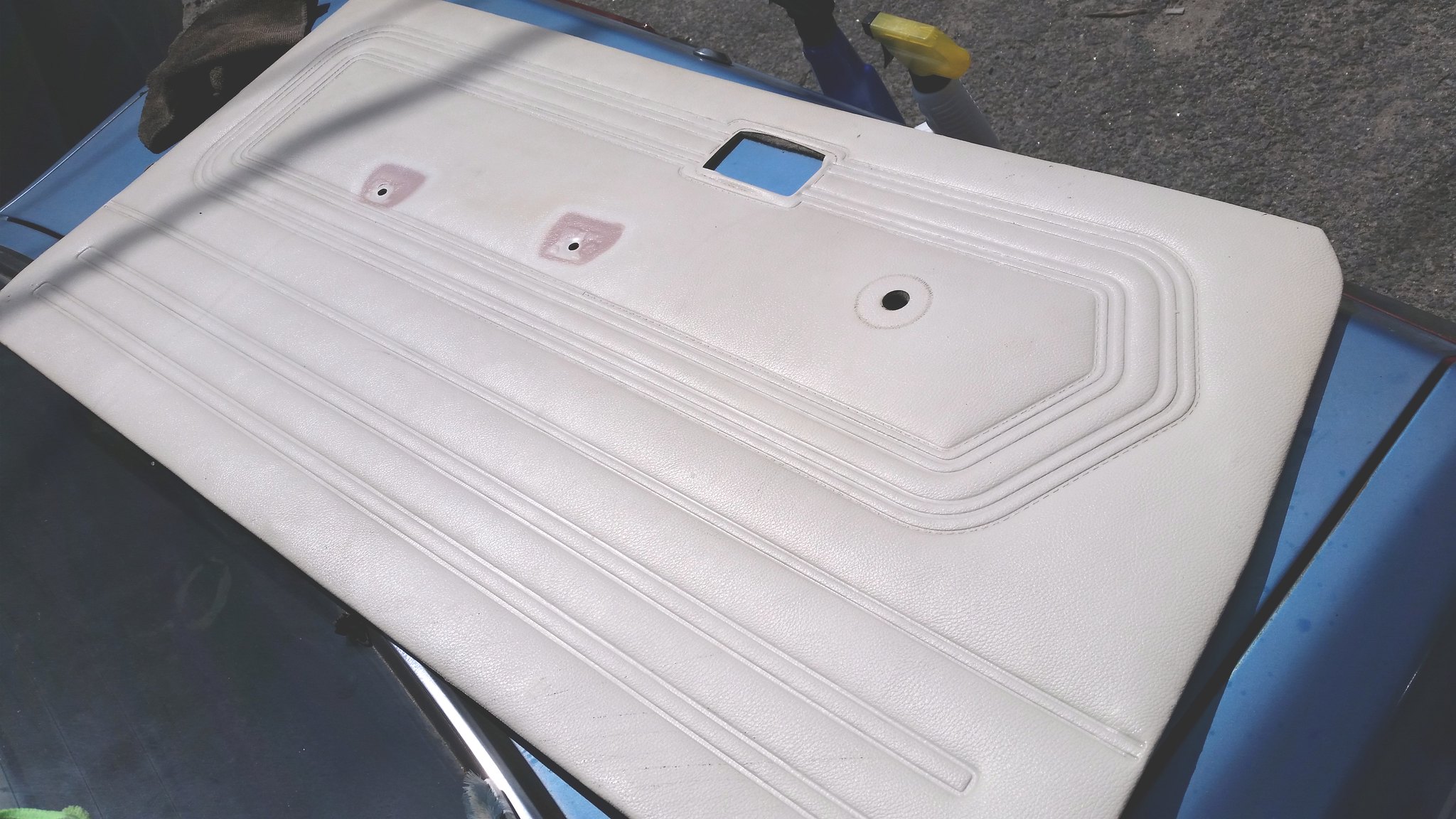 Ignore the shoddy seat covers, they are a temporary solution. 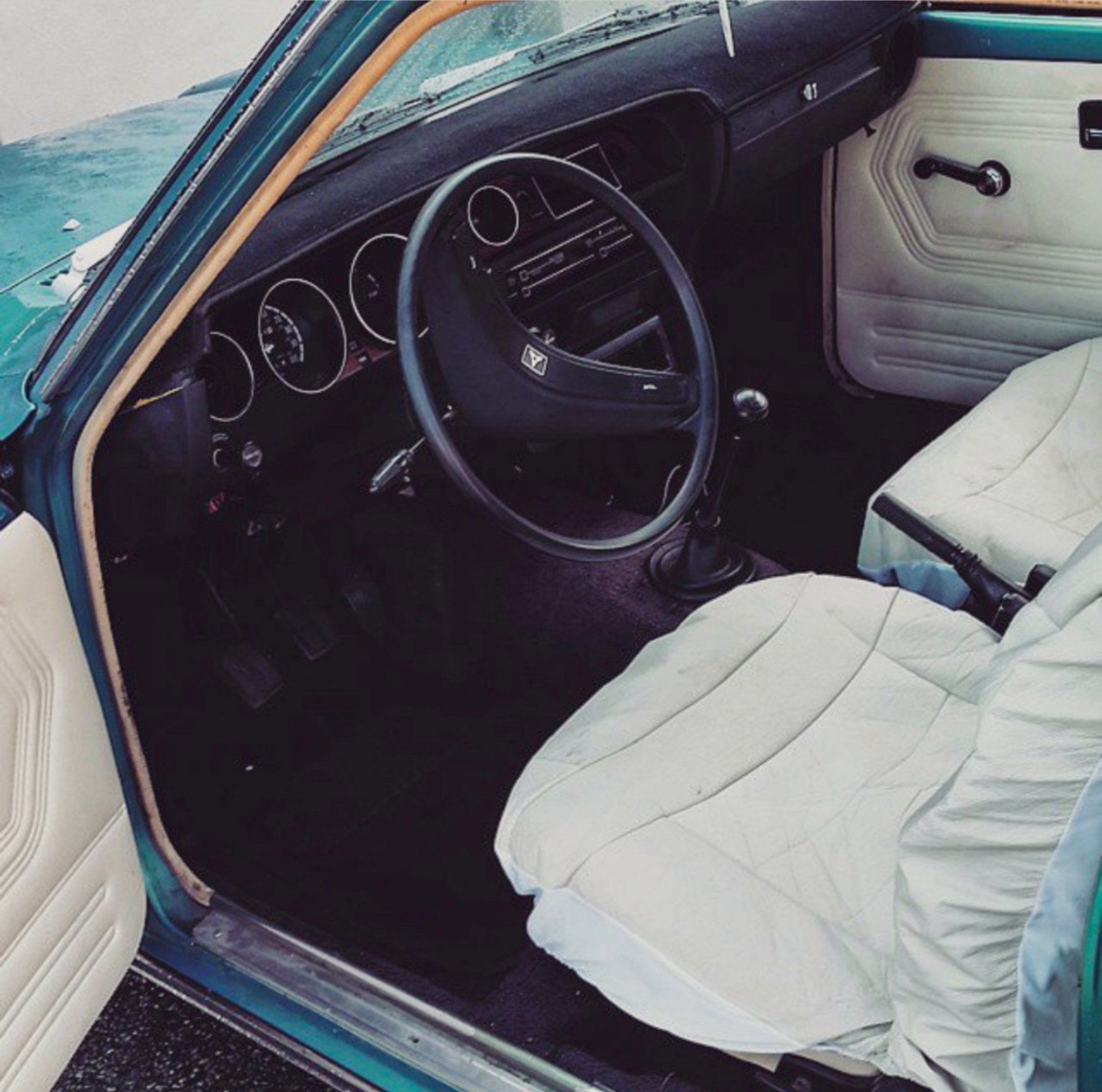 And the first of many beauty shots after the outside had been cleaned up. Looking better for sure, but not where I want it. 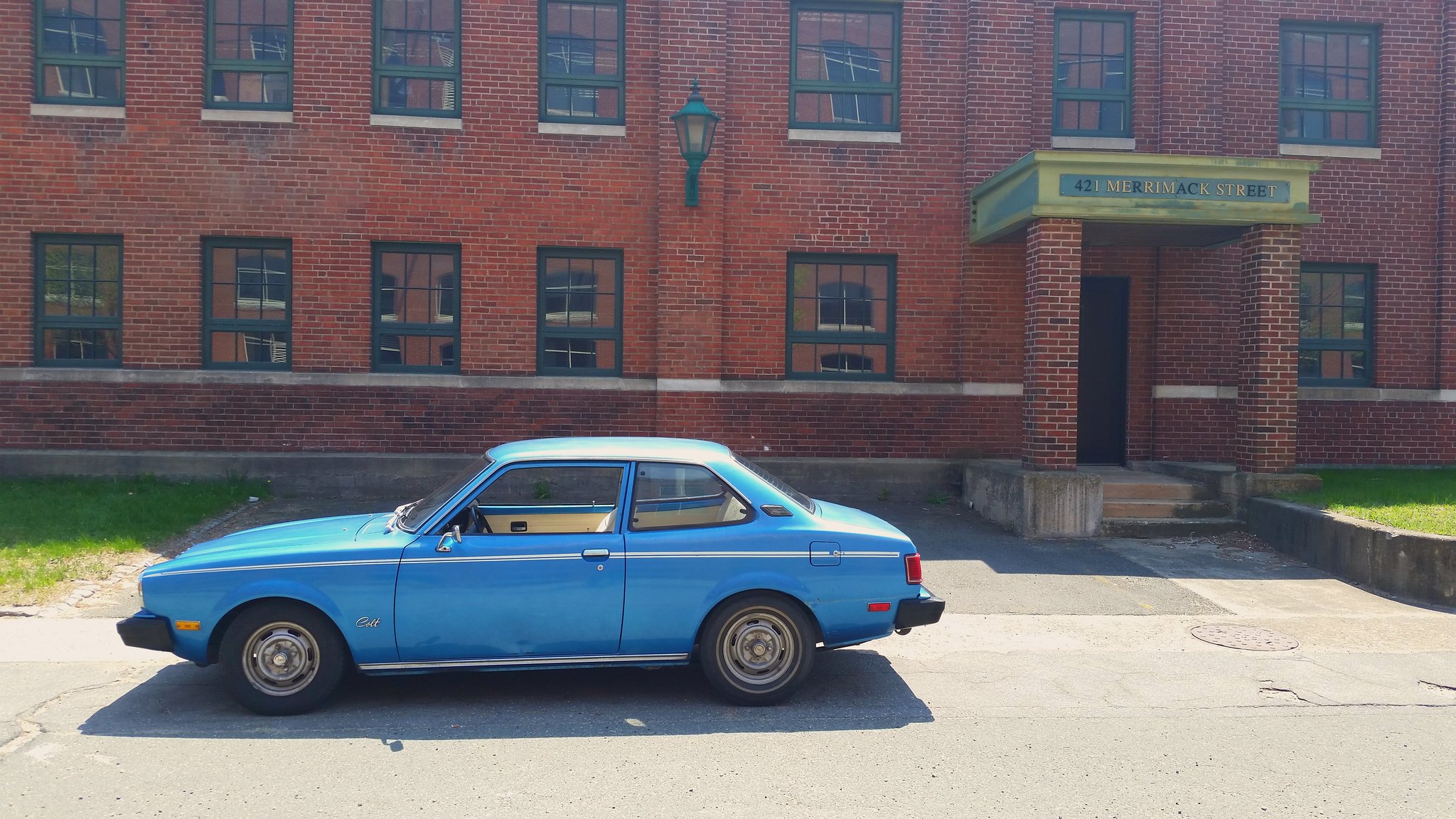 I seriously love this car, Brad, and I look forward to FINALLY getting a chance to drive it.

To put it in perspective, if you scroll down this page…

Preface: This is one of my favorite things. I have been driving Mitsubishis—almost exclusively—since 1996. The things I’ve learned along the way, the people I’ve met (around the world)—my …

… you’ll see a similar machine I discovered at the very first MOD back in 2007. I’ve effectively lost the originals, but yeah, you know what’s up.

Looking forward to this one.

This car has come along.

After putting some miles on it, a few things were becoming evident. The car had some serious deferred maintenance and some pretty bodgey repairs.
First up was the front wheel bearings. Simple enough, one would think. However during disassembly it was discovered that a previous owner had not been able to (or was to lazy to) find a proper castle nut or cotter pin for the spindle. So their solution? Tighten it down and weld it in place. 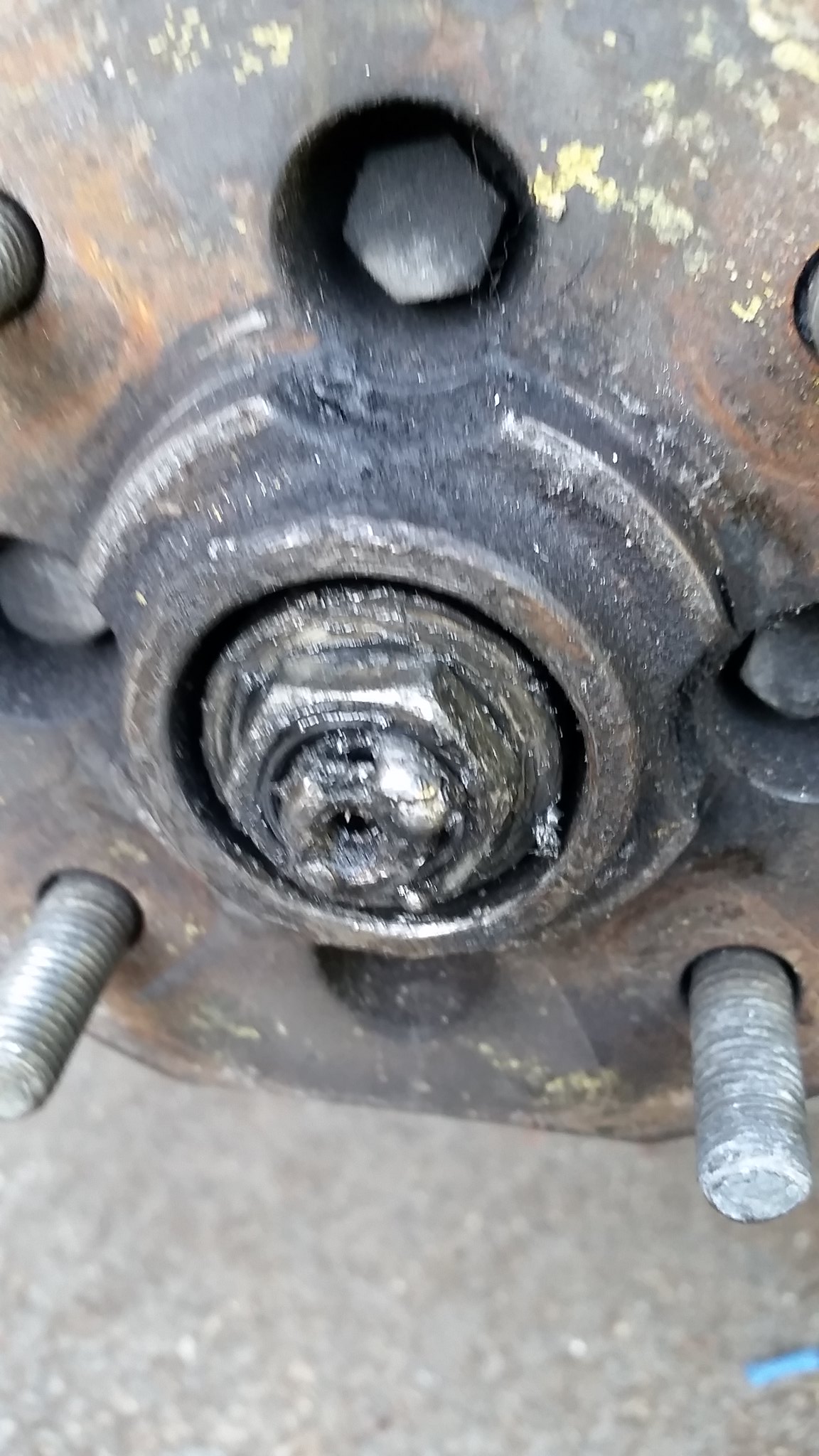 I had hoped that if I got the old weld slag off I could cut the threads back into the spindle and just use a new nut. Unfortunately the part was WAY to far gone to repair for any reasonable repair status. A used pat was sourced from a fellow ‘Colt’ person and swapped in. 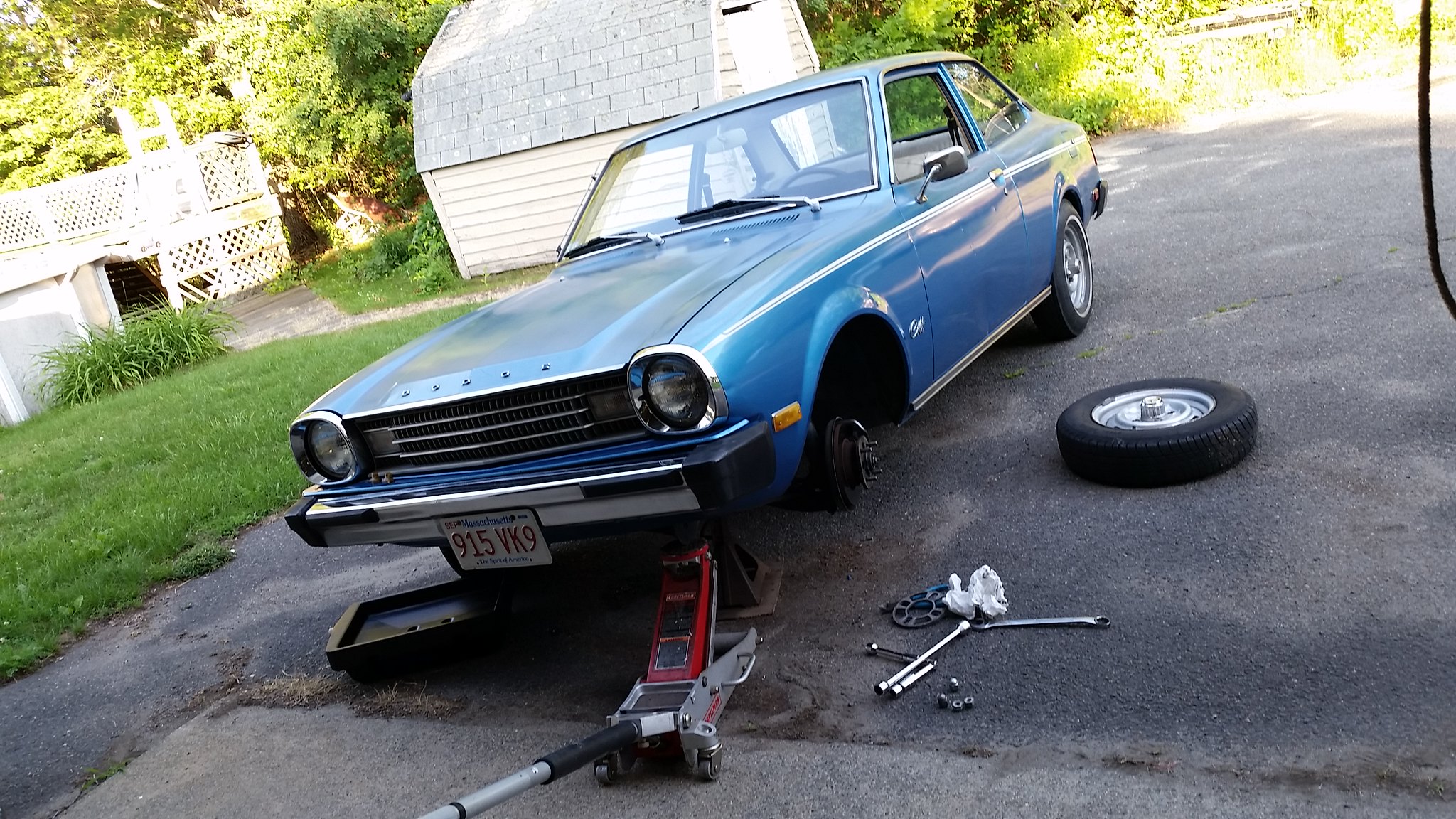 New bearings in , it was time for a new muffler and then hopefully some more miles. 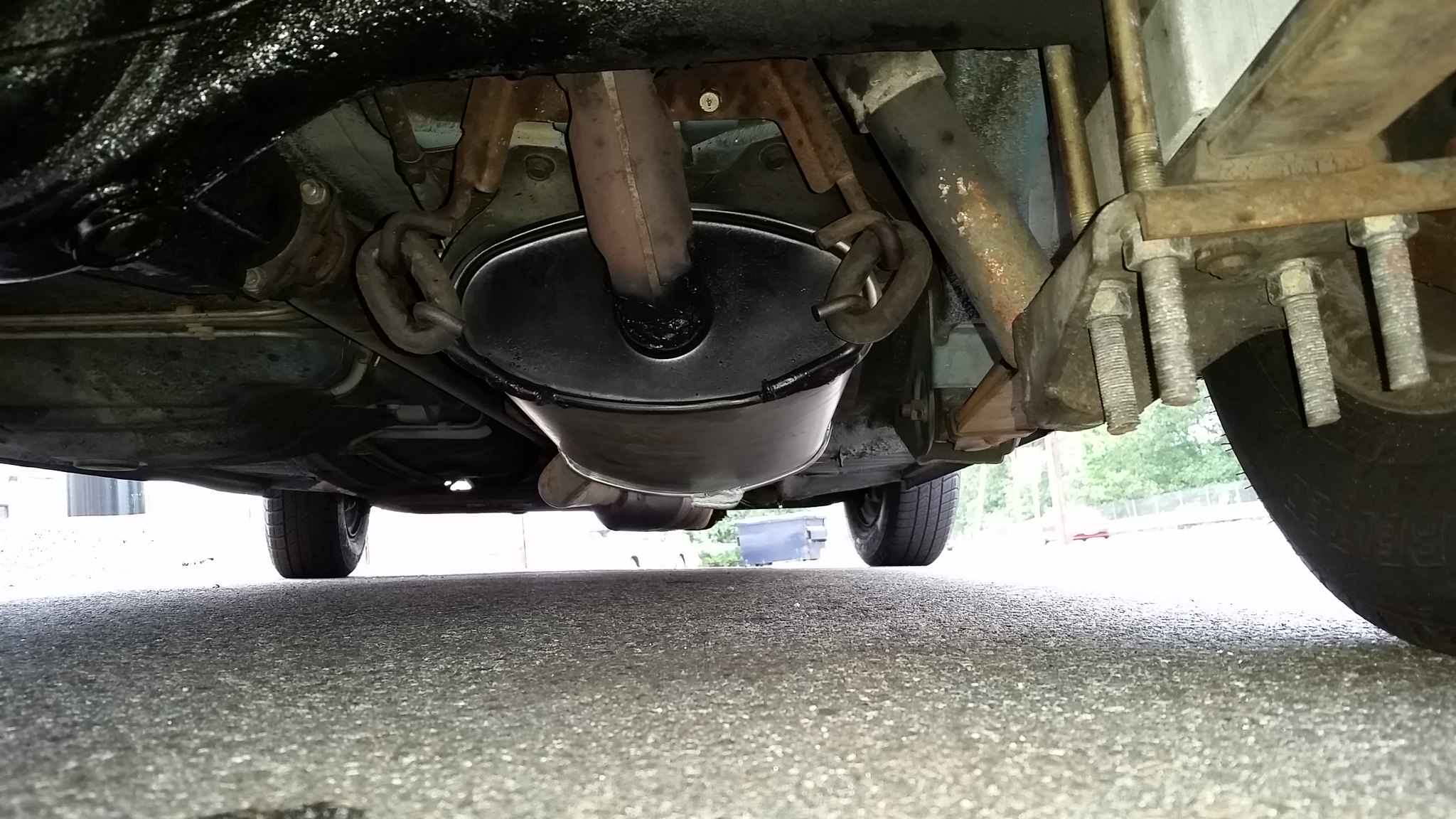 Did you paint the muffler black or did it come that way? (I’ve been thinking about painting things that go under my truck lately.)

Its not black. There is some black paint over the weld, but other than that its silver.

Ah, so it’s either lighting or overspray. Raja dat!