I guess a build thread is one you start when you first buy a car, but as with everything, I’m late to the party. 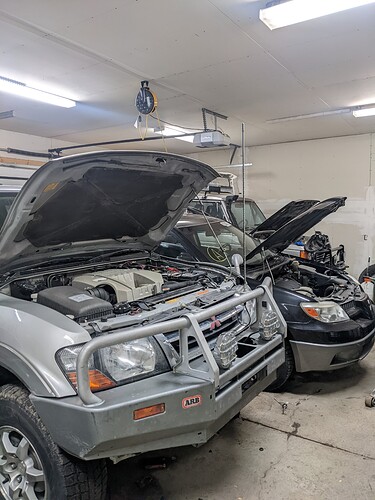 In any rate, the injectors on this truck have always given me pause for thought. When I first picked this ol’ thing up from port, it smoked. Like make BC and surrounding territories think the land was on fire again kind of smoke. It only had 82k and was 20 years old at the time. I figured in Japan, it had a pretty easy life. But sometimes, ease doesn’t equate to problem-less existence. I figured the injectors needed a good clean out and run through. I water methed the truck (just go with it, that’s a verb now), I ran cleaner through it, all to no avail.

Fast forward two years, the smoking, no start, fuel mileage conditions get worse. It was -35 +/-5 for about three weeks. Poor paj sat outside for the three weeks while other needy vehicles were tended to in the garage. It wouldn’t start. Damn!

Ordered new injector nozzles from Japan and commenced teardown. Now, if you’ve ever tried to remove diesel injectors, chances are you know they’re not coming without a fight and are most likely carboned in place.

Such was the case with the paj, and Holy hell was it a puzzle to figure out how to remove them. They’re a direct injection style injector, so they’re under the valve cover and they are shaped like a “t”. Exhibit A. 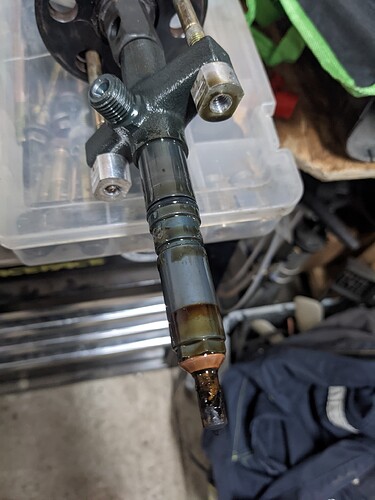 Literally no finger space around the injector thanks to the valve positioning. I had to stretch my middle finger under the camshafts just to get to the injector hole from the side to place a nut there in hopes of attaching a puller.

And that was the next problem… A puller. No three arm or two arm puller was getting down there… Not even a 12 mm wrench could fit between the valve springs to hold a nut underneath the arms so I could screw a bolt to it. 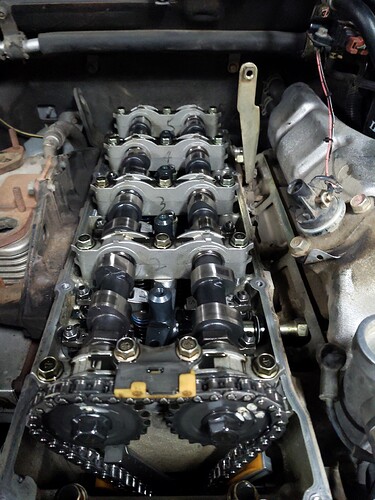 Mix some shade tree mechanic magic and a little bit of engineering ingenuity flush with old parts in the shop, and voila, a gen 3 Pajero injector puller (disclaimer: cross-compatibility with other vehicles unknown at this time).

It uses some aluminum nuts I specifically machined up for the task (flats on both side at the size of a 14mm wrench to 1. Fit between the valve springs, 2. Wedge itself in place there and 3. Be 14mm wrench compatible. So you very carefully set these nuts under the arms of the injector body, thread the m8 bolts through the gen2 Pajero auto trans plate, the injector arm holes, and finally into the nuts. So now, the body of the puller is attached to the injector. Snug the bolts down and then drop the piston through its wrist pin hole on the puller shaft. Screw the puller spreader bar on a couple turns and give er hell! 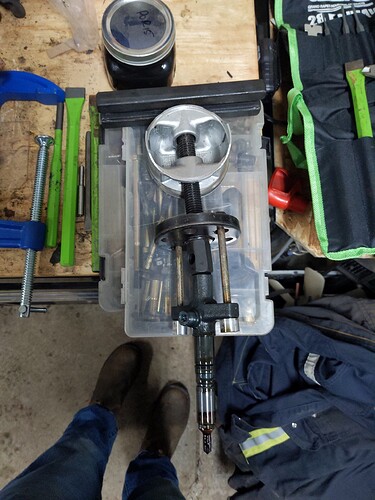 Bang bang bang goes the piston against the spreader bar. Eventually, the injector pops out! Woo!

The fun only gets more intense as you get farther towards the back of the motor. The 4th injector sits beneath the bulkhead of the firewall. Brutal. The path to pulling the injector out with any kind of force has to be at such a weird angle. A little rejigging of the puller and booyah! Popped it out! 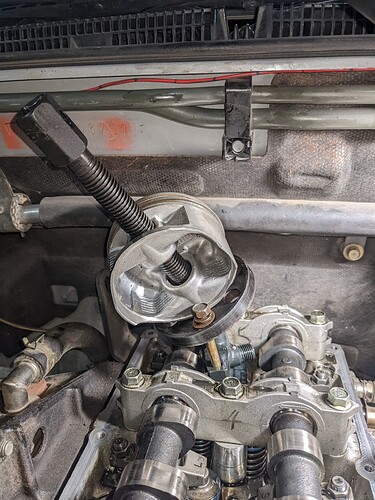 I have zero diesel experience so I’m barely following, but I love the ingenuity. Necessity. Invention.